Presented in partnership with Mildred's Umbrella

FemFest Houston: Voices of Asia is moving to an online format! Join Mildred's Umbrella and Asia Society Texas Center from the comfort of your own home for a celebration of women's voices as we stage three readings of Houston premiere plays in a virtual setting. Featuring works written by Asian and Asian American women, the series highlights the talents and accomplishments of women playwrights across the globe.

Each play will be available to view for one week. Viewing the plays is free, but audience members must register. An access link and password will be provided to registrants via email once the plays are available for viewing.

Mother in Another Language

Synopsis: When Tarak, a Bengali ex-pat, and Karen, an American, decide to get married, they know they're in for some cultural challenges. But when Tarak buys them a brownstone and asks permission to move his mother Meena into the basement apartment, Karen knows she's getting more than she bargained for. Things go from bad to worse when Karen's mother, Blanch, is suddenly broke and homeless. Blanch moves in with Meena, turning them into the odd couple from hell. But after the mothers stay together, finding a new respect for each other, they have to teach their children the lesson of compromise before the engagement is called off.

FemFest Houston: Voices of Asia at a Glance

Registration
Registration is free but required. Please register to receive a video link and password once each play is available for online viewing.

Register Now: Mother in Another Language

Taniya Hossain writes for theater, film, and television. She relocated from New York to Los Angeles to be one of Disney’s Screenwriting Fellows, writing for the Disney Channel animated show The Replacements and the upcoming season of Miles from Tomorrowland, now called Mission Force One. Her television pilot Tribes was featured in the Other Pilot Showcase in Los Angeles. Taniya was awarded the Sloan Foundation Grant for her screenplays Chemistry Set and The Speed of Light, which also placed second in the Fusion Film Festival Screenwriting Contest. Her teleplay Sip Off the Old Block won the Prism GenerationNext Fellowship. Her play Mother in Another Language, a finalist for the O’Neill Theater Conference, was featured as part of the Lark Play Development Center’s Playwrights’ Week in New York and was produced by ReAct Theatre company and Pratidhwani in Seattle.

Jennifer Decker is the Artistic Director and co-founder of Mildred’s Umbrella Theater Company. She has dedicated herself for the last two decades to Independent theatre in Houston. Jennifer’s projects include – As Director: The Moors, The Johns, Mac Wellman’s Dracula, Cloud Tectonics, Rome, Carnival Round the Central Figure, The Marriage of Bette and Boo, Kama Sutra, Dark Matter, Triptych, A Murder of Crows ; As actor: Eros: A Circus (acrobat), Things Being at the Worst (Puttenesca), Tomorrow Morning (Claire), Mac Wellman’s Dracula (Vampirette), [sic] (Babbette), A Long History of Neglect (Justine), One Flea Spare (Darcy), Rot (Claire), Night of the Giant (Clara), Under the Big, Dark Sky (Mother), Dead Man’s Cell Phone (Jean), Kimberly Akimbo (Patty), and A Heroine Free Summer (Terry).

Recently she has also worked as actor, director, producer or advisor with many independent Houston theatres as well as several local film projects. She has an MLA in English and one in Drama from St. Thomas University. She teaches English and Dramatic Literature at Houston Community College. She received a ‘Best of Houston’ Nomination in the Houston Press in 2007 for Best Actress, and a nomination for Best Artistic Director in the 2012 and 2014 Houston Theatre Awards. She has been featured in the Houston Press’s 100 Creatives.

Mildred’s Umbrella Theater Company seeks to challenge audiences and theatre artists by creating and performing bold, innovative, and fresh theatrical works grounded in the best traditions of the dramatic arts. With a strong feminine presence in our artistic vision, we strive to feature the work of female playwrights, actors, and directors, which promotes the empowerment of women through the performing arts.

Performing Arts and Culture programs are presented by Wells Fargo. Major support for Performing Arts programs comes from Nancy C. Allen, Chinhui Juhn and Eddie Allen, Ellen Gritz and Milton Rosenau, the City of Houston through Houston Arts Alliance, Houston Endowment, The Hearst Foundation Inc., The Brown Foundation Inc., Mary Lawrence Porter, and the Anchorage Foundation of Texas. Generous funding also provided by AARP, The Clayton Fund, The Cullen Trust for the Performing Arts, Miller Theatre Advisory Board. Additional support provided by the Wortham Foundation, Texas Commission on the Arts, National Endowment for the Arts, United Airlines, The Southmore, and through contributions from the Friends of Asia Society, a dedicated group of individuals and organizations committed to bringing exceptional programming and exhibitions to Asia Society Texas Center. This program is presented in collaboration with the Mildred’s Umbrella Theater Company. 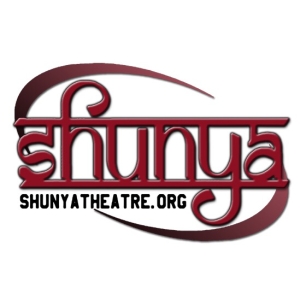