Security Risks and Challenges on the Korean Peninsula Presented in partnership with the Council of Korean Americans

Despite vague promises made at the June 2018 summit between U.S. President Donald Trump and North Korean Supreme Leader Kim Jong-un to denuclearize, numerous reports have since confirmed the reality that North Korea is covertly proceeding with the development of nuclear warheads and delivery systems. This includes continued construction of a second ballistic-missile submarine as well as accelerated production of enriched uranium. As U.S.–North Korea nuclear negotiations have stalled, with working-level talks in October ending fruitlessly, the relations between North and South Korea have also strained despite offers of talks by the South. North Korea has rejected the proposal and accused South Korea of "double-dealing behavior," also warning that any resumption of the planned U.S.–South Korean military drills would essentially end further nuclear negotiations.

Meanwhile, Kim Jong-un has officially visited China four times in the past two years and China's economic assistance to North Korea accounts for about half of all Chinese foreign aid. But while Beijing appears willing to condemn its neighbor's nuclear developments, its policies towards North Korea have remained status quo and not served as a deterrent for North Korea to take steps towards denuclearizing.

As such, rising geopolitical tensions on the peninsula and in the region are among the top concerns of security analysts across the globe. How can the U.S. and international community incentivize North Korea to return to the table for nuclear talks? What roles do other regional countries such as China play in averting potential conflict? Join Asia Society Texas Center as experts discuss the security challenges and associated risks on the Korean peninsula.

Jean H. Lee is a Pulitzer-nominated veteran foreign correspondent and expert on North Korea. Lee led the Associated Press news agency’s coverage of the Korean Peninsula as bureau chief from 2008 to 2013. In 2011, she became the first American reporter granted extensive access on the ground in North Korea, and in January 2012 opened AP’s Pyongyang bureau, the only Western text/photo news bureau based in the North Korean capital. She has made dozens of extended reporting trips to North Korea, visiting farms, factories, schools, military academies and homes in the course of her exclusive reporting across the country. During Lee's tenure, AP’s coverage of Kim Jong Il’s 2011 death earned an honorable mention in the deadline reporting category of the 2012 Associated Press Media Editors awards for journalism in the United States and Canada. Lee also won an Online Journalism Award in 2013 for her role in using photography, video and social media in North Korea, and was nominated for a Pulitzer Prize in feature reporting in 2013.

Lee is a native of Minneapolis. She has a bachelor's degree in East Asian Studies and English from Columbia University, and a master's degree from the Columbia Graduate School of Journalism. She worked as a reporter for the Korea Herald in Seoul, South Korea, before being posted with AP. Lee served as a Wilson Center Public Policy Scholar and Global Fellow before joining the Asia Program as Korea Center program director. She is a contributor to The New York Times Sunday Review, Esquire magazine, and other publications. She appears as an analyst for CNN, BBC, NPR, PRI and other media, and serves frequently as a guest speaker on Korea-related topics. She is a member of the National Committee on North Korea and Council of Korean Americans.

Scott A. Snyder is senior fellow for Korea studies and director of the program on U.S.-Korea policy at the Council on Foreign Relations (CFR). He is the author of South Korea at the Crossroads: Autonomy and Alliance in an Era of Rival Powers (January 2018), China’s Rise and the Two Koreas: Politics, Economics, Security (January 2009), and Negotiating on the Edge: North Korean Negotiating Behavior (November 1999). He is a coauthor of The Japan-South Korea Identity Clash: East Asian Security and the United States (May 2015) with Brad Glosserman. Snyder also served as the project director for CFR’s Independent Task Force on policy toward the Korean Peninsula. Prior to joining CFR, Snyder was a senior associate in the international relations program of the Asia Foundation, where he founded and directed the Center for U.S.-Korea Policy and served as the Asia Foundation’s representative in Korea (2000–2004). He was also a senior associate at Pacific Forum Center for Strategic and International Studies. Snyder has worked as an Asia specialist in the research and studies program of the U.S. Institute of Peace and as acting director of Asia Society’s contemporary affairs program. He was a Pantech visiting fellow at Stanford University’s Shorenstein Asia-Pacific Research Center during 2005–2006. Snyder received a BA from Rice University and an MA from the regional studies East Asia program at Harvard University.

Edward “Eddie” R. Allen is a co-founder and Senior Partner of Eagle Global Advisors, an investment advisory firm based in Houston, Texas. He serves on the management committee and all investment committees of the firm. In addition to serving as a co-manager of the Eagle MLP Strategy Fund, he is a portfolio manager for a variety of institutional and high net worth clients. Eddie is a co-creator of many of the portfolio strategies and proprietary investment management tools of the firm.

This program is made possible due to the generous support of the Korea Foundation. 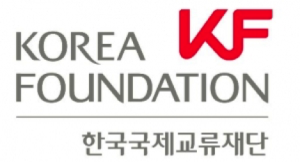